"Lord, what fools these mortals be!" 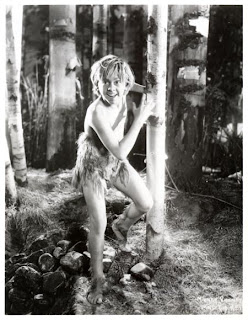 In his 2005 book, The March of Unreason, Lord Taverne argued that “in the practice of medicine, popular approaches to farming and food, policies to reduce hunger and disease, and many other practical issues, there is an undercurrent of irrationality that threatens the progress that depends on science and even [threatens] the civilized basis of our democracy,” and that we ignore it at our peril. The undercurrent has now become a torrent.

Lord Taverne characterized as “a monument to irrationality” the trend toward consumers’ buying of overpriced organic food, promoted by advocates whose “principles are founded on a scientific howler; it is governed by rules that have no rhyme or reason, and its propaganda could have an adverse effect on the health of poor people.” In the United States, for example, the rules that define organic products are, literally, nonsensical, in that organic standards are process-based and have little, if anything, to do with the actual characteristics of the product. Certifiers attest to the ability of organic operations to follow a set of production standards and practices that meet the requirements of highly arbitrary regulations. Paradoxically, the presence of a detectable residue of a banned chemical alone does not constitute a violation of these regulations as long as an organic operation has not used excluded methods.

Thus, regulators seem to reward effort and intent, whether or not the “integrity” (for lack of a better word) of the product is compromised. That’s rather like saying that as long as your barber uses certain prescribed tools and lotions, your haircut is automatically of high quality.
***
Similarly, because organic farming is far less efficient than conventional farming, organic food costs more and requires that more and poorer quality land be devoted to farming. A continuing increase in the demand for organic foods could be catastrophic for the environment — and harmful to the poor. The hype from marketing gurus puts pressure on the less affluent to buy more expensive fruit and vegetables that may actually be of lower quality. Higher prices mean lower consumption, and consequently fewer of the benefits conferred by a diet rich in fruits and vegetables.

Finally, organic producers’ insistence on avoiding gene-spliced, or “genetically modified” (GM) varieties will prevent consumers of organic products from enjoying many nutritional and safety improvements in future. Lord Taverne argues persuasively that the conflict over gene-spliced crops is the most important battle of all between the forces of reason and unreason, both because of the consequences should the opponents prevail and also because their arguments are so perverse and so consistently and utterly wrong. For example, if one defines as “unnatural” human intervention to induce genetic improvement of plants, we’ve been unnatural for 10,000 years; with the exception of wild berries and wild mushrooms, virtually all the grains, fruits and vegetables in our diets have been genetically modified in some way.

Gene-splicing is no more than an extension, or refinement, of less precise, less predictable, older techniques, and gene-spliced plants, now grown in at least eighteen countries, have for a decade been cultivated worldwide on more than 100 million acres annually. They are ubiquitous in North American diets: More than 80 percent of processed foods on supermarket shelves — soft drinks, preserves, mayonnaise, salad dressings — contain ingredients from gene-spliced plants, and North Americans have consumed well over a trillion servings of these foods. From the dirt to the dinner plate, not a single ecosystem has been disrupted, or a person injured, by any gene-spliced product — a record that is superior to that of conventional foods.