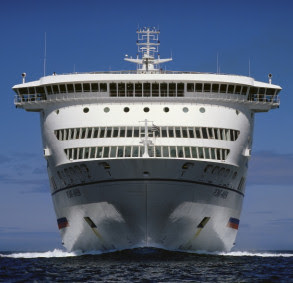 A plot to blow up a ferry carrying thousands of British tourists may have been disrupted in Spain, it's reported here:

Authorities in Spain say they have scuppered a plot by a suspected member of Eta to blow up a ferry carrying thousands of British tourists, it is reported.

Aritz Arginzoniz Zubiarre, believed to be a member of the Basque separatist group, was detained at a bus station in the Spanish port of Santander.
***
...reports said the suspect had details of at least two potential targets at the time of his arrest. 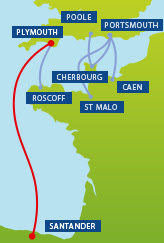 One was the ferry linking Santander with Portsmouth, which carries up to 2,400 passengers, and another was a court in Santander

Brittany Ferries described the link to their ferry as based on "rumour".

The man arrested was reported to be carrying details of at least two potential targets including a ferry linking Santander and the UK.

In a statement Brittany Ferries said their Spanish manager had consulted with the police and security authorities but was advised there was no threat to their ship or to the port of Santander, where it docks.

"This story which associates the bomb with Brittany Ferries is based on supposition and rumour.

"This is naturally going to cause some concern amongst our passengers who should be reassured that at no time was there any threat to their safety."