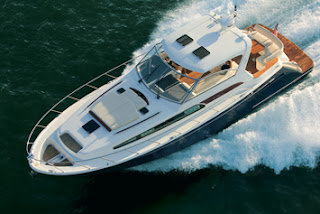 Mott designed a series of prototypes and eventually ended up with a product which he named the BMS07 Boat Monitoring System. The system will send an SMS to up to two mobile phones if the boat is towed, sailed or driven away or breaks from its mooring. If you connect other sensors to the BMS07 you will also receive an SMS if they detect break in, water in the bilge, fire or a low battery. Itís like giving your boat a mobile phone and the ability to tell you whatís happening when you are not there.

Mott says the unique design feature of the new product is its low power consumption; BMS07 uses just 1.6mA while monitoring the sensor inputs. As the systemís GPS unit (which is used for movement detection and tracking) draws the most power, the BMS07 powers it up every 15 minutes and switches it off as soon as it obtains a position.

This all means that ëit draws a very, very small amount of current so it can run off its own small battery. Depending on the amount of sun that your boat receives, and the sensors that you use, you would only need something like a small 5 watt solar cell, which you can buy for $80, to keep the battery charged and the system running indefinitely.

I wonder if boat insurance carriers will be offering a discount if you have such a device on board?