Port Security: Al Qaeda is out there 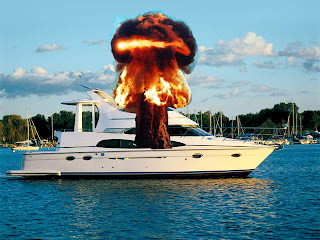 Still focusing on chipping containers as a tool for carrying WMD, Northern Command looks seaward, as set out here:

Port security has long been identified as a key weak point for terror attacks, including the need to scan cargo containers coming into the country by ship.

Renuart said officials are expanding their use of sensors and other technologies that allow them to track ships, including their location, their speed and other commercial information. And, while he would not provide details, he said there has already been "real payback" in terms of identifying vessels of concern and either checking or boarding them well before they entered U.S. waters.

In addition, he said he is increasing the number of Coast Guard personnel assigned to U.S. Northern Command to help during port security incidents or hurricanes. Currently there are 20 active duty personnel, and a new team of five reservists was created in April. Another five reservists are being added to that team by the end of the year.

"Because the national intelligence estimate talks about the vulnerability of ports, and because of the importance that we place on the movement of a variety of goods through those ports, finding ways to improve that is a really important element of our day-to-day work," Renuart said.

Of course, the main point of the article is preparation for what might happen should something leak through...