Some Points on Counterterrorism Work 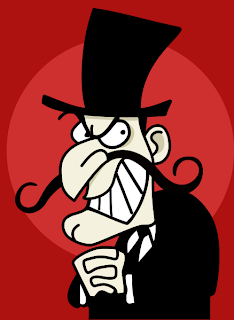 Some good points applicable to a wide range of agencies and citizens about keeping focused on possible terrorism operations found here:

Although difficult to measure empirically, an agency can see at least some of the results of their efforts. One, the lack of attacks certainly means we are doing something right. Two, intelligence received from terrorist organizations might hint at the success of a strategy. In 2004, a terrorist operative had been assigned to blow up the Brooklyn Bridge in New York City. During his pre-mission surveillance, he constantly saw NYPD helicopters, harbor boats, patrol units and the heavily armed Emergency Services Unit performing patrols on the bridge. Obviously, this presence would have a severe impact on the planned attack and he sent an e-mail back to his superiors: "I will be unable to continue my assigned mission because the weather is too hot." The weather, of course, was the police presence.

All of us need to keep the "heat" on by keeping our eyes and ears open.

UPDATE: Of course, thanks to Senate Democrats, you may be at some risk by reporting what you see as a "John Doe" bill which would have offered protection has been stymied, see here:

At least for now, the Democrats have killed Rep. Pete King's amendment which would have provided protection from being sued for people who report suspicious behavior — like the Flying Imams' simulated hijacking — in national security cases. Michelle Malkin has the details.

The Democrats' maneuver here is also an obnoxious assertion of state power over the individual: If the state subpoenas you for information, you are compelled to provide it to the authorities whether you want to or not; but if you want to provide it voluntarily in order to protect your community, the Democrats say, "prepare to be sued."

What possible good reason is there to silence people who want to tell the police they saw suspicious behavior? Under circumstances where we are under threat from covert terror networks which secretly embed themselves in our society to prepare and carry out WMD attacks? Planet earth to the Democrats: To execute such attacks, terrorists have to act suspiciously at some point. There are only a few thousand federal agents in the country. There are many more local police, but even they are relatively sparse in a country of 300 million. If we are going to stop the people trying to kill us, we need ordinary citizens on their toes. Again, this is just common sense.

Profiling? Our war is against ISLAMIC radicals. They think the KORAN is commanding them to murder us. The guy who tried to bomb the airport in Glasgow a couple of weeks ago was yelling ALLAH! as he fought with the police. We're supposed to ignore that?

Democrats killed the amendment in a very sneaky, technical, under-the-radar way in the House — so they can tell their insane fringe backers they pulled it off, yet no one's fingerprints are on it. As far as I'm concerned, that just means we should blame "THE DEMOCRATS." Period. If they don't want personal accountability, we should see it this way: When it comes to national security, this is who they are.