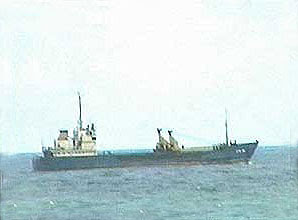 Time for another starving Somalia report:

World Food Program ships can't or won't travel to Somali waters and the population of Somalia, as previously noted, is dependent on foreign food for survival. So, what to do?

Typically, the UN urges someone to do something in a coordinated and international manner, as set out here:

The heads of two United Nations agencies today made a joint call for concerted and coordinated international action to address the threat of piracy and armed robbery against ships in waters off the coast of Somalia, amid growing concern about the perils it poses for commercial shipping, fishing and other vessels and the delivery of humanitarian assistance needed by hundreds of thousands of Somali men, women and children.

The Secretary General of the International Maritime Organisation (IMO), Efthimios E. Mitropoulos, and the Executive Director of the UN World Food Programme (WFP), Josette Sheeran, warned that the actions of pirates operating in the waters off Somalia threaten the sea lanes in the region and could endanger the fragile supply line for food assistance to Somalis whose lives have been shattered by more than 15 years of civil conflict, political instability and recurring natural disasters.
***
"Close to 80 per cent of WFP's assistance to Somalia is shipped by sea but, because of piracy, we have seen the availability of ships willing to carry food to the country cut by half," said WFP Executive Director Sheeran. "Pirates may have a romantic image on the silver screen these days, but the picture might not be quite so pretty from the point of view of someone stuck in a camp for internally displaced people in Somalia, dependent on food assistance for survival. Much more has to be done to address this problem of piracy and, at WFP, we are much encouraged by the actions that IMO has taken recently for that purpose."
***
"We would like to see a more coordinated and robust approach to dealing with the problem of piracy, from the Transitional Federal Government in Somalia, from neighbouring countries that have influence, and from the African Union," said Sheeran. "WFP is grateful for the continuing presence in the seas off Somalia of naval forces from several nations. They have been helpful on occasion in the past and they offer a potential deterrence to pirates. But we need to explore how these resources can be brought more heavily into play to protect shipping and, thereby, the delivery by sea of life-saving humanitarian assistance."

Well, hand-wringing ain't going to get it done. What's needed are escorts, convoys and probably armed guard forces for any WFP shipping. I've made these suggestion for a couple of years now: See here for "Embarked Security Teams," here amd here for discussions about escorts. There are enough small, fast, suitable ships available to handle escorting food ships to Somalia- and they don't have to be U.S. ships to do the job. Perhaps if the U.S. would agree to pay the costs of using Dutch or South African or Indian or Pakistani frigates, corvettes or whatever it could come to pass.

Quit yapping and get on the phone and start coordinating convoy routes and escorts. 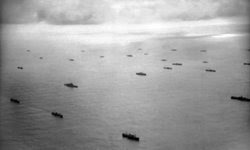 If you need help, NATO has a robust program for setting up such things in Naval Cooperation and Guidance for Shipping (NCAGS):

The old campaigners among you may remember a NATO concept called ‘Naval Control of Shipping (NCS)’. Of course NATO cannot control merchant shipping – neither does merchant shipping necessarily want to be controlled. The vision was to increase security, and therefore also the operational efficiency and effectiveness of commercial maritime traffic. Co-operation between the military and civilian sectors, rather than control, is the way ahead. NCS has now developed into new project known as Naval Cooperation and Guidance for Shipping (a mouthful which is also known by its more user friendly acronym ‘NCAGS’). NCAGS is dedicated to providing advice, guidance and assistance to enhance the safety of merchant ships and support military operations – on a global scale. It is an ambitious, but realistic, project.