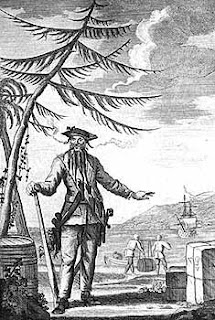 1. NIGERIA: Oil production barge attacked, hostages kidnapped 08 Jul in Calabar River, Niger Delta. Gunmen in speedboats kidnapped two senior Nigerian employees of Royal Dutch Shell PLC, a Briton and a Bulgarian. It is unclear on which group is behind the attack (LM).
***
1. GULF OF ADEN: Tug reported suspicious approach 10 Jul at 0245 UTC while
underway in position 12:59N-049:17E, 67NM south of Yemen. The tug observed a dhow type-fishing vessel on her port side proceeding on a reciprocal course. The fishing vessel altered and started coming closer to the tug. As the tug altered its course, the fishing vessel altered its course and increased its speed as well. Once the tug increased its speed, the fishing vessel aborted the attempt (IMB).
***
3. SOMALIA: Container ship reported suspicious approach 8 Jul at 1842 local time while underway in position 00:19:0N-050:45:0E, 351NM east of Kisamayo. OOW on the container ship spotted a small craft at distance of 13NM on the starboard bow. The craft increased its speed and headed directly for the vessel. The master was notified and the ship carried out
evasive maneuvers. The craft adjusted its course and speed to close onto the ship. The master ordered all lights to be switched off and increased its speed. The distance between the craft and the ship slowly decreased, however, the craft later moved away (IMB).
***
13. BANGLADESH: Container ship boarded, robbed 05 Jul at 2215 local time in position
22:11.00N–091:43.50E, Chittagong anchorage ‘B’. Several low wooden boats were roaming near the vessel when one boat, near the port bow, stopped the engine and drifted towards the ship pretending that the engine had broken down. All of the crew concentrated their attention on this boat. Meanwhile, another boat approached the ship unnoticed from the starboard quarter. The robbers boarded the ship using grappling hooks and stole from the ship’s stores. Later, the
robbers tried to board again but alert crew raised the alarm and directed the search light towards the boats. The boats moved away and the port control informed (IMB).
***
2. INDONESIA: Chemical tanker boarded, robbed 11 July at 0500 local time in position 03:55N-098:44E, Belawan Anchorage. Duty crew spotted a robber on the forecastle deck. The OOW was informed and the alarm was raised. The robber jumped overboard and escaped in an
unlit boat. Later, the ship’s stores were found missing (IMB).
***