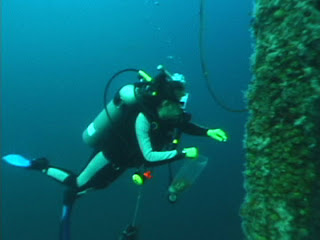 Late last month, the FBI issued a warning advisory to the dive community. The warning is more detailed, Spriggs said, but is similar to an advisory the FBI issued shortly after the 9/11 terrorist attacks on New York and Washington D.C.

The warning calls on members of the SCUBA industry to be aware of certain “threat indicators.” Those indicators include: requests to dive in murky water or sewer pipes; inquires about procedures such as diver towing; requests to learn advanced skills associated with combat swimming; and refusal or reluctance to provide personal information.

The advisory also warns diving instructors to look out for other suspicious behavior including, “requests for advanced diver training by applicants from countries where diving is not a common recreational activity. Similarly, training sponsored by groups or agencies such as religious organizations, cults, associations or charitable agencies not normally associated with diving.”