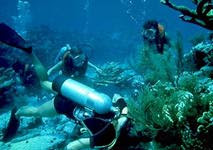 As reported here, an alert for information about potential SCUBA students who want "special" training:

Since the September 11th attacks, Don Winter, owner of Scuba Dragons in Cape Coral, has been on the lookout for suspicious activity. So when the FBI paid a visit a few days ago alerting him to watch out for people asking for training or equipment that could be used for a terrorist plot, he was not surprised.

The alert lists a number of suspicious activities agents are asking scuba shops to be aware of. It includes things such as a request to dive in murky water, learning skills associated with combat swimming, and even purchasing expensive equipment similar to what the military uses.

"That's why this type of technical equipment is under good scrutiny from the government, because it's the type of equipment terrorists would use to detonate a bomb under water such as cruise ships," said Winter.

***
FBI agents are also asking the scuba industry to watch for prospective divers from countries where scuba diving is not a common recreational activity. Other groups of interest include sponsor groups or agencies such as religious originations, cults, associations or charitable agencies not normally associated with diving.

And, you know, if you happen to see divers doing odd stuff, like diving near dams, pipeline crossings, bridges....and such, you might want to notify local law enforcement. 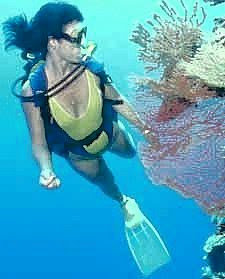 Having women divers along in skimpy swim suits might be a sign that the risk level is reduced, however. You know... given the profiling we're not doing....