Another Great One Gone 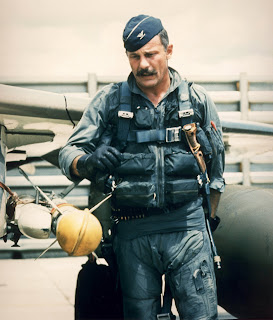 I grew up in an Air Force family and though we were largely SAC, there were some names that everyone knew - and of those, there were a few, a very few, that even veterans of a couple of wars (like my father) spoke with a certain respect. And among that few was Robin Olds. Pinch says farewell to this great one in a nice post titled BGEN Robin Olds - A Final Goodbye.