More on terrorist plans to blow up ship in Spain 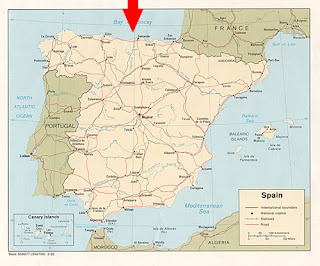 More word on a foiled bomb plot against ships in Spanish waters at ETA was planning to blow up a ship in an Andalucian Port:

It’s now known that the Basque terrorist group ETA was planning to explode a boat in a port in Andalucía.

The car which was abandoned by the terrorists near the Portuguese border last month contained industrial magnets which are used to attach items to boats.

The Spanish security services also believe that their actions over the past six weeks have stopped the gang from placing two car bombs, in Santander and Navarra.

ETA is a leftist group that uses terrorism in hopes of forming an independent Basque state in parts of northern Spain and southwest France. ETA stands for Euskadi ta Askatasuna, which means “Basque Fatherland and Liberty” in the Basque language. The State Department lists ETA as a foreign terrorist organization, and the United States and the European Union have frozen ETA assets since the September 11 attacks. Spain has long fought ETA and opposes an independent Basque homeland, though its 1978 constitution designated an autonomous Basque region with responsibility for education, health care, policing and taxation.