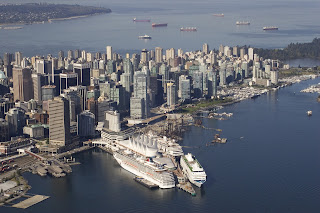 Seems like no one is happy about Port Security:

Canada is not doing enough to screen cargo containers for potential terror threats or to weed out organized crime activity at its sea and freshwater ports, according to a report on Thursday.

Cruise ship passengers and their luggage should also undergo the same screening used at airports, and vehicles should be searched before they are allowed on large ferries, the Canadian Senate's national security and defense committee said.

The committee has complained before of lax security at Canada's sea and freshwater ports, and accuses the government of using "weasel words" to "create the illusion that something is being done to solve a problem when it isn't."