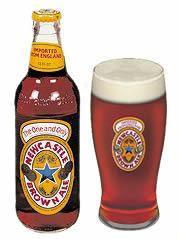 Scott Styris struck his third half century of the World Cup to ease New Zealand to victory over West Indies in an uninspired Super 8 match in Antigua.

Shane Bond, Daniel Vettori and Jacob Oram all took three wickets to dismiss the hosts for 177, only Chris Gayle (44) and Brian Lara (37) contributing.

And Daren Powell struck twice early to give the hosts hope of an unlikely win.

But Styris (80no) and Craig McMillan (33no) built on Stephen Fleming's 45 to ease the Kiwis home by seven wickets.

No idea what it means. even though I almost read this.

And I have read this:

When a man goes out to go in, the men who are out try to get him out, and when he is out he goes in and the next man in goes out and goes in. There are two men called umpires who stay out all the time and they decide when the men who are in are out. When both sides have been in and all the men have been out, and both sides have been out twice after all the men have been in, including those who are not out, that is the end of the game.