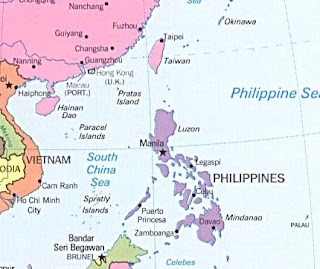 Interview with Admiral Dennis Blair, former CINCPAC, from ISN Security Watch. Well worth the read, as he assesses the rise of China's military, the threat posed by the DPRK and more. Excerpt:

USAPC: What do you see happening region-wide in ballistic missile defense?

Blair: Things are very dynamic. In terms of military developments in Asia, it has been in the area of missiles and missile defenses that we have seen the most activity in recent years. In Northeast Asia, for example, China is developing many more missile systems of all types of mobility and ranges. North Korea has been putting considerable effort into its missile development program. You will recall the "fireworks display" last July 4 when Pyongyang tested a long-range ballistic missile and several shorter range missiles.

Meanwhile, the United States has been putting tremendous effort and resources into developing a missile system for Asia. Recently, we successfully tested a very capable ground-based missile defense system called THAAD, or Theater High Altitude Air Defense, by intercepting a challenging test target over the Pacific. Japan, too, has been cooperating more with the United States on missile defense, especially on the development of the Standard sea-based missile, and in deploying tracking radars aimed at North Korea.

USAPC: North Korea appears determined to show off its missile prowess, but does this pose an actual military threat to South Korea or Japan?

Blair: North Korea certainly could do damage to South Korea, Japan, and China with its short- and medium-range missiles. But if you look at the use of bombing in warfare through the years -- whether it be the German V-1s and V-2s in World War II or the Iraqi Scuds that were fired at Saudi Arabia and Israel during the Persian Gulf War – history has shown that missile attacks create a certain psychological terror in the early stages, but then people in the targeted countries learn to endure them. So North Korea's missile threat certainly has a psychological effect on Japan, but less so on South Korea because the South Koreans have lived with the artillery threat from North Korea for generations what with Seoul being within 20 miles of the DMZ (de-militarized zone).

In addition, from a military point of view, missiles do not cause much serious military damage because defenses can be erected against them in the form of movement and concealment, thicker concrete, and sandbags. For fixed sites, I think North Korea's missile program has been primarily for use as weapons of terror or bargaining chips. The missiles themselves would not have a serious military effect.

There is a tremendous difference, however, if there is a nuclear warhead on one of the missiles. The North Koreans must consider the retaliatory capability of the United States in any calculation involving deployment of a nuclear weapon. In fact, we know from North Korean defectors that North Korean officials are aware that if they would be rash or stupid enough to fire a nuclear weapon at Japan, South Korea, U.S. forces, or the United States, they would be subject to such terrible retaliation that Kim Jong-Il's regime and a large part of North Korea would be wiped off the map.

So I don't think North Korea's nuclear test in October 2006 fundamentally has changed the military facts on the ground. Nonetheless, the nuclear test represents the kind of North Korean brinkmanship that causes problems if you are trying to achieve a sensible, peaceful solution that would make the lives of people better in that part of the world. That is what is so troubling about the Kim regime. It has no objectives other than its own survival. It starves and kills many of its own people. It terrorizes and tries to get advantages from its neighbors.