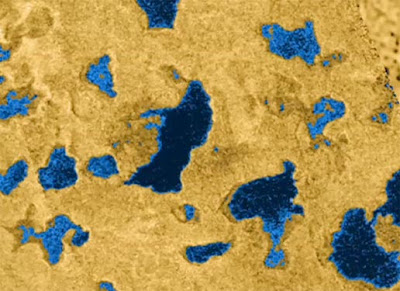 The dark features, detected by Cassini's radar, are much bigger than any lakes already detected on Titan.

It covers a greater fraction of Titan than the proportion of Earth covered by the Black Sea.

The Black Sea is the Earth's largest inland sea and covers about 0.085% of our planet's surface.
***
While there is no definitive proof that these seas contain liquid, their shape, their dark appearance in radar that indicates smoothness, along with other properties, point to the presence of liquids.