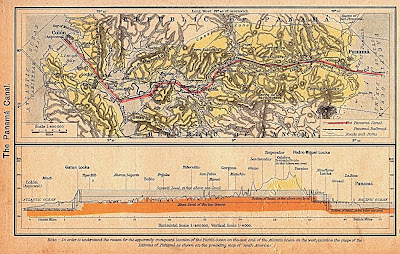 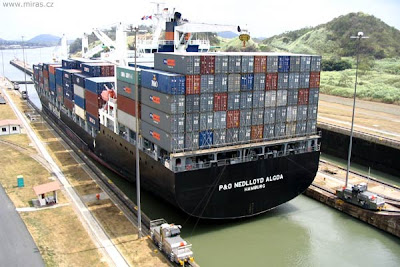 International business makes for interesting investments as is the case here:

PSA International yesterday made a formal announcement of its plans to build and operate a container terminal at the Pacific entrance of the Panama Canal. The terminal at Rodman marks PSA's first ever port investment in the Americas and is the second major investment by Singapore in Panama, following a Free Trade Agreement entered between the two countries a year ago.
***
In its first phase, the PSA Panama International Terminal project will involve the construction of a 330-metre container and roll-on-roll-off berth which will be able to handle about 450,000 twenty-foot equivalent units (TEUs) of containers per year. The berth's 14-metre water depth will enable the terminal to handle post-panamax ships.

The project to develop Rodman into a major port facility on the Pacific coast comes in tandem with the widening and expansion of the Panama Canal, which is currently underway. The people of Panama voted in a public referendum on Oct 22, agreeing to a US$5.25 billion plan to enlarge the canal to accommodate new, super-large containerships. There has been some pressure from environmentalists against the widening, and shipping trade groups are up in arms against increased canal toll rates being levied to finance the development programme.

At an announcement ceremony yesterday in Panama City, PSA International Group CEO Eddie Teh said that for Singapore and Panama, whose ports are important transhipment hubs, the development of their maritime infrastructure is 'paramount to both our economies and to world trade'.

'Both Panama and Singapore are located at the major crossroads of shipping. The Panama Canal and the Malacca Straits represent the two most important and strategic waterways in the world. Both nations have major roles to play and contribute towards the facilitation of world trade,' he added.

PSA said its collaboration with Panama in this area of maritime infrastructure development would 'serve to add impetus to the flow of world trade between Asia, the Americas, Europe and beyond'.
***
Panama currently has four main container terminals, including one on the Pacific coast at the Port of Balboa - Port Terminal SA, which is operated by Hong Kong's Hutchison Port Holdings. The remaining three are located on the Atlantic coast, Manzanillo International Terminal, operated by Stevedoring Services of America; Colon Container Terminal, operated by Taiwan's Evergreen Marine; and Colon Port Terminal, also operated by Hutchison Port Holdings. The 77 km canal handles 13,000 ships a year with 5 per cent of the global maritime market.