In the farfetched category: Tamil Tigers want a submarine 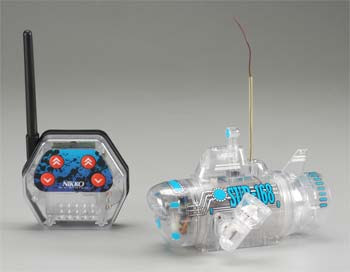 The LTTE, which has raised security concerns by becoming the world's first insurgent group to use air power, might be working on acquiring underwater vessels that could pose a threat to merchant shipping in regional waters.
***
Chauhan, the assistant chief of naval staff at naval headquarters here, however, noted that submarine building and operating such vessels are very complicated matters.

"You cannot make or operate submarines by opening manuals," he said, asserting that surveillance and patrolling had been intensified in the Palk Strait and adjoining seas.

And, I believe that Al Qaeda group may qualify as the leaders in modern use of "air power" - and I'm certain that here were other "insurgent" groups in the past that have also used aircraft.