A new port for North Carolina? 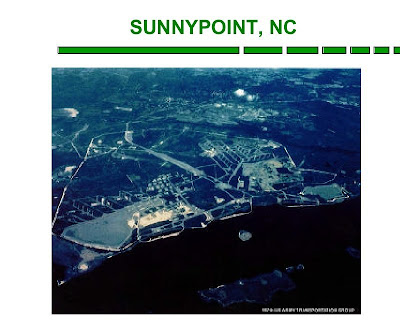 Maybe. See here. Needed? Or is it just pork?

Prior effort at justification here:

At its meeting in Wilmington Dec. 29, the Board of Directors of the N.C. State Ports Authority authorized the CEO to negotiate the purchase of 600 acres of riverfront property in Brunswick County. If the purchase is completed, the Authority plans to build a new port terminal, the North Carolina International Port, to handle 2 million containers (20-foot equivalent units, or TEUs) a year.

“This is a once in a lifetime opportunity,” said Board Chairman Carl J. Stewart Jr. “No other property available in the South Atlantic compares to this property, with good access and compatible zoning already in place.”

Development of this facility would coincide with the projected doubling of the North American container market between now and 2015.

“It’s a unique opportunity to catapult North Carolina into the ranks of major U.S. ports,” said Tom Eagar, Ports Authority CEO. “We are responding to the needs of world trade on a large scale, to the benefit of the entire state.”

The new terminal would multiply the number of jobs already generated by the Ports, both local and statewide – currently estimated at more than 48,000 jobs statewide, as well as creating new local and state tax revenues – now almost $30 million annually.


This location also affords the opportunity to develop an industrial park for distribution centers or related operations – adding additional jobs to the local economy.

Building a new terminal on the Brunswick County property also provides a better alternative, environmentally and economically, than dredging the Cape Fear River to 48 feet to the Port of Wilmington and enlarging the Port’s footprint. Forecast growth in container traffic worldwide would require a deeper channel for Wilmington to remain competitive. The new property is nine miles from the ocean, while Wilmington is 26.

The location, next to the Military Ocean Terminal at Sunny Point, also supports Department of Defense strategic initiatives.