First, I've been busy. And the Eagle Mate was in the hospital. And now This!

Priority time is upon us. First, there's the ACC Men's Basketball Tournament, followed by the NCAA Mens Basketball Championship (this year available on line at NCAA® March Madness® on Demand (MMOD), free, courtesy of CBS Sports, CSTV and the NCAA®).

The ACC tourney is sort of a state holiday 4 day weekend. The NCAA lasts longer.

Gotta suffer through the selection show March 11. Opening round March 13, First and Second Rounds March 15 through 18, Regionals March 22-25, and the Finals March 31 and April 2.

Pretty much takes care of my month.

Not that I have any bias. 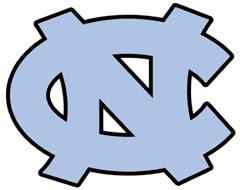