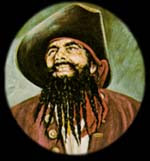 From ONI's Worldwide Threat to Shipping (to 14 March 07):

H. INDIAN OCEAN-EAST AFRICA:
.
1. TANZANIA: Ship boarded, robbed 26 Feb, at 0315 local time in position
06:37.4N - 039:32.0E, drifting off Dar es Salaam port. Ten pirates armed with long
knives boarded the ship from the bow. The pirates tied up the duty AB and asked
for ship's store keys. The duty officer spotted the pirates and raised the alarm and the crew mustered. The pirates escaped with the ship's stores. No injuries to crew. The port control was informed; however, no action was taken (IMB).
.
2. SOMALIA: UN-chartered aid cargo ship hijacked 25 Feb, at 0603 UTC
in position 11:50N - 051:35E, off the northeastern coast near Bargal. Suspected
Somali pirates armed with AK-47 rifles and rocket-propelled grenade launchers
intercepted the M/V ROZEN with a speedboat hijacking the M/V ROZEN along
with its crew of six Sri Lankans and six Kenyans, after delivering 1,800 tons of
food aid to the towns of Bosasso and Berbera in the Somali region of Puntland.
The vessel was empty at the time of attack. Following the hijacking, the pirates
anchored the vessel in the waters near the town of Bargal. Three Somali police
speedboats surrounded the M/V ROZEN and a U.S. military vessel was also
patrolling the area on 27 Feb, to monitor the situation. Later on 27 Feb, conflicting reporting of either four or six suspected pirates were arrested by the police after going ashore in the town of Bargal to get food and other items to take back aboard the M/V ROZEN. Four heavily armed pirates still have control of the vessel and the 12 hostages. As of 28 Feb, the M/V ROZEN moved south and has anchored six miles off the coast of the Puntland region. All the glass of the bridge is damaged following a heavy exchange of gunfire between the Puntland Coast Guards and the pirates. All crew members are said to be safe. As of 07 Mar, reports vary that between four or six hijackers remain in control of the M/V ROZEN. The vessel is reportedly anchored off Gara’ad, which is close to the border of Puntland off the central region of Somalia. Kenyan shipping agents are continuing negotiations to secure the releaseof the crew members and the WFP chartered ship, although there has not been a major breakthrough as of 13 Mar. The pirates have demanded a ransom for the release of the vessel and all crewmembers who are said to be in good health.
(IMB, UPI, LM).
***
6. SRI LANKA: Sri Lankan Navy destroys LTTE rebel boats, killing 15,
27 Feb, evening timeframe 360km Northeast of the capital in the Pulmoddai area.
The two boats destroyed were among a flotilla of 14 boats moving off the Pulmoddai
area. At least 15 rebels were believed to be killed in the attack while two sailors were injured (LM: indiaenews.com).
.
7. SRI LANKA: Sri Lankan Navy destroys suspicious boat 28 Feb, 0830 local
time, 180nm off Dondra Point. The suspicious vessel did not have a flag, name, or
identification markings. The Navy suspecting it to be a LTTE boat engaged in
smuggling activities was ordered to stop by firing several warning shots for identification and research. The suspicious boat fired back instead and continued to proceed further South at increasing speeds. The Navy reacted by firing at the boat which exploded instantly amidst a cloud of smoke and fire indicating it was carrying weapons and explosives for the LTTE terrorists, however the identity of the vessel has yet to be established (LM: nationalsecurity.lk, tamilnet.com).
.
8 SRI LANKA: The Sri Lankan Coast Guard destroyed a seized LTTE boat
20 Feb, Chennai. The Coast Guard seized the LTTE boat on 13 Feb; at mid sea
after finding that the gap between the fibre sheets of the boat was packed with
gunpowder and could explode at any time. The boat was towed by the Coast
Guard to open water to be blown up. Five persons on board were arrested. During
questioning it was said that the boat was packed with ammunition, which could
be blown up anytime using a hidden switch which was found after a thorough search
of the ship (LM: The Hindu).
.
9 SRI LANKA: The Sri Lankan Navy destroyed two suspected LTTE boats
15 Feb, Colombo. The boats were hauling hundreds of thousands of steel balls
often used in bombs. Four rebel fighters were believed to be killed. A Navy
spokesman reported that divers retrieved 28 bags filled with the steel balls from
the sunken boats. Also found was an automatic rifle, ammunition and a satellite
phone from the boats. No immediate comment on the sea battle was available
from the LTTE (AP).
.

12.03.2007 1305 LT in position 18:27.4N – 038:17.8E, Red Sea
Pirates in a wooden boat armed with AK-47s approached a research ship underway conducting surveying operations and fired upon the ship. A Sudanese navy vessel came to its assistance and detained the pirates. After 20 minutes the pirates were released. No injuries to crew.

11.03.2007 1929 LT in position 18:29.02N – 038:19.26E, Red Sea.
15 pirates in a 12 metre wooden boat armed with AK-47s approached a research ship underway conducting surveying operations and fired upon the bridge of the ship . The ship activated SSAS and contacted Sudan authorities and managed to move from that area. No injuries to the crew.