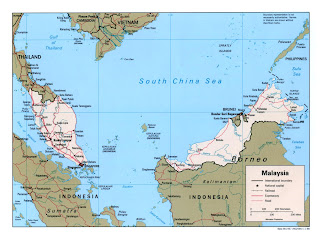 User fee for the Strait of Malacca suggested: here:

Countries and companies that use the Straits of Malacca and Singapore must bear the estimated US$300 million (euro250 million) cost required to enhance safety on the increasingly busy waterways, a Japanese group said.

Some 94,000 vessels, amounting to 4 billion dead weight tonnage (DWT), passed through the Straits of Malacca and Singapore last year and the number is expected to surge to 141,000, totaling about 6.4 billion DWT, by 2020, said Yohei Sasakawa, chairman of the Nippon Foundation, a private Japaneseorganization.

"The introduction of new (navigational safety) measures is estimated to cost US$300 million over the next decade," Sasakawa told a conference in Kuala Lumpur on safety and environmental protection in both straits.

"The burden should be shared equitably between the relevant parties."

Naturally, the states along the strait are concerned about sovereignty:

Deputy Prime Minister Najib Razak said major user states and shipowners must provide more financial and technical assistance, but that their input should not encroach on the sovereignty of the littoral states.

"Navigation safety in the straits should not be taken for granted by the international community," Najib said in his speech, which was read to the conference by Transport Minister Chan Kong Choy. "It should be the collective responsibility of the users as well as the littoral states." Najib was overseas.

Chan later told reporters the littoral states welcomed contributions in the form of technical aid, training programs and funds, but reiterated that a foreign military presence was not needed to secure the Malacca Strait.