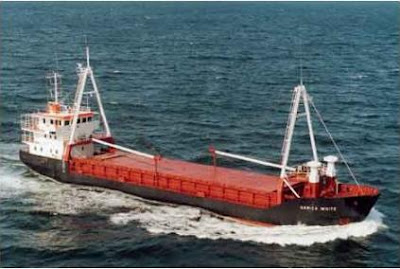 Somali hijackers have seized a Danish cargo ship and its five Danish crew in the latest case of piracy plaguing waters off the lawless Horn of Africa nation, a Kenyan maritime official said on Sunday.

"We expect a ransom to be demanded in the next three to four days, and we expect it to be high because the crew were all Danish nationals this time," Mwangura said.

Four other ships -- an Indian dhow and three fishing vessels from Taiwan and Tanzania -- are currently being held by Somali pirates, who have made the Indian Ocean corridor off their homeland among the most dangerous waters in the world.

Experts have long speculated that the pirates are using a mysterious "mother ship" to reach their targets far out at sea, and then board them using smaller speedboats.

Mwangura said the hijacking of the Donica White, in heavy seas more than 130 miles (210 miles) off the coast, appeared to have been carried out that way.

"We have not seen it yet, but there has to be (a mother ship)," he said. "Small ships like those that attacked could not have made it so far from the coast in very rough seas."

UPDATE: Replaced photo with correct ship (see later post here for updated information.) Hat tip to Protocol for pointing me to the correct information.
Posted by Mark Tempest at 6/03/2007 01:02:00 PM