Wing in Ground aircraft- another go? 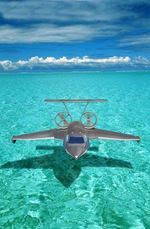 With a hat tip to NOSI, a report about a new effort at "wing in ground" or "ground effects" aircraft found here:

What the SeaFalcon is really is a ground-effect vehicle. It flies only over water and only two metres above that water. This means the air beneath its wings is compressed, giving it additional lift. In effect, it is floating on a cushion of air. That makes it far cheaper to run than a plane of equivalent size, while the fact that it is flying means it is far faster—at 80-100 knots—than a ship of any size. Its designer, Dieter Puls, thus hopes it will fill a niche for the rapid transport of people and light goods in parts of the world where land and sea exist in similar proportions.

The theory of such vehicles goes back to the 1920s, when Carl Wieselsberger, a German physicist, described how the ground effect works. There was then a period of silence, followed by a false start. In the 1960s the Soviet Union's armed forces thought that ground-effect vehicles would be ideal for shifting heavy kit around places like the Black Sea. Its prototypes did fly, but were never deployed in earnest—and the craft's jet engines consumed too much fuel to be given serious commercial consideration when communism gave way to capitalism.

They did, however, prove the idea was practical. And two German engineers, Dr Puls and Hanno Fischer (who has two designs, the Airfish 8 and Hoverwing 20), have taken it up and made it work by using modern, light composite materials for the airframes, and propellers rather than jets for propulsion.

Part of the reason the Soviet design was so thirsty was that the power needed to lift a ground-effect vehicle is far greater than that needed to sustain it in level flight. The Soviet engineers built all that power into their jet engines, making them very heavy. The SeaFalcon, by contrast, uses a hydrofoil to lift itself out of the water while Hoverwing 20 uses what Dr Fischer calls a hoverwing. This is a system of pipes that takes air which has passed through the propeller and blasts it out under the craft during take-off.

SeaFalcon website here. Non flying video of what seems to be the SeaFalcon: 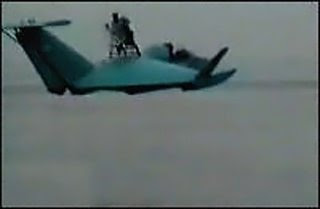 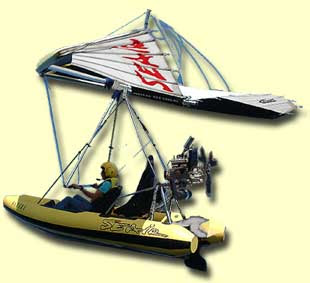