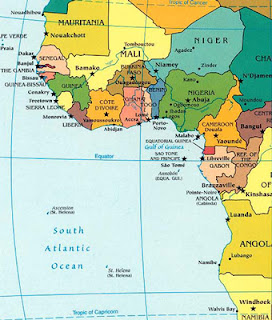 By one important official indicator, the most recent report of the Energy Information Administration on U.S. total crude oil and products imports, published on May 25, 2007, America has already advanced significantly in its effort to wean itself from dependency on hydrocarbons originating in the volatile Persian Gulf: this past March, Nigeria edged past Saudi Arabia to become our third largest supplier, delivering 41,717,000 barrels of oil to the desert kingdom's 38,557,000.

This is all the more remarkable when one considers that, as I reported in this column three weeks ago, the militant activities of the relatively small Movement for the Emancipation of the Niger Delta (MEND) over the course of the last eighteen months has "had the cumulative affect of cutting Nigeria's total oil production by almost one-third."

Yet for all its global importance as well as strategic significance for U.S. national interests, the Gulf of Guinea has seen comparatively few resources poured into maritime security, a deficit which only worsens when one considers the scale of the area in question and the magnitude of the challenges faced.

Professor Pham notes the increasing U.S. interest in the area, as well as some of the difficulties faced. Keep an eye on the Gulf of Guinea.
Posted by Mark Tempest at 6/07/2007 11:10:00 AM