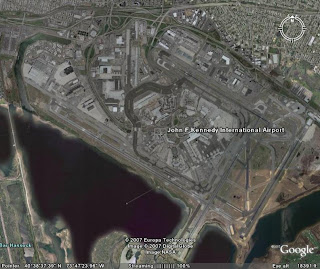 Headline sums it up: 4 Charged in Plot to Bomb Kennedy Airport:

The plot involved a former airport worker in his 60s, who is a United States citizen of Guyanese descent and lives in New York, and a former member of the Guyanese parliament, who is also an imam. Both men, along with one other, are in custody, law enforcement officials said today.

Authorities are seeking the fourth man.

If convicted, the men could face a maximum sentence of life in prison.

The pipelines in question seem to be part of the Buckeye Partners system:

During the 1960's and 1970's, the company built the first products pipeline through the streets of New York City in order to serve the three major airports and commercial customers in that metropolis. 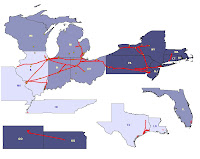 There seem to be a number of tank farms located in the area around the airport.

UPDATE: Some background on al Qaeda in the Caribbean (including Trinidad) here.