Shipping containers: Not as big a problem as was warned or a problem contained? 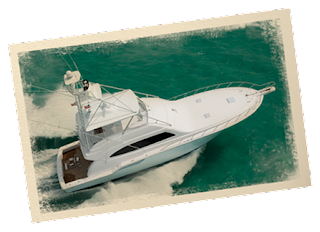 Some interesting analysis over here concerning a seeming shift in focus over concerns of "nuke in a container" to other possible threats:

Since September 11th, security at container ports in the United States has been a major concern. There has been considerable publicity and chatter about the number of the cargo containers coming into our ports going uninspected (initially reported to be less than 5% but now stated as nearly 90%), and the possibility that one such container might slip through the security net with a nuclear device or contraband nuclear material. With bipartisan support in the U.S. Congress increased funding for port security and placed an emphasis on testing all cargo for radiological material.

Within months of the September 11th attacks, U.S. Customs Service had created the Container Security Initiative (CSI). One of the minimum standards of this effort was the presence of non-intrusive inspection (NII) equipment (gamma or X-ray) and radiation detection equipment.
***
In his July 27, 2006 testimony before the Senate Judiciary Committee Subcommittee on Terrorism, Technology, and Homeland Security, Vayl Oxford the Director of the Domestic Nuclear Detection Office of the Department of Homeland Security clearly stated. “The gravest threat to America is a nuclear weapon in the hands of terrorists.”

But now, the DNPO chief is downplaying the container threat. As reported in the May 25th issue of Global Security Newswire, Director Oxford said that would-be nuclear terrorists would be extremely unlikely to bring such a device into the United States in a container ship. This is in contrast to the fact that the DNPO is heavily promoting efforts to get the next generation of radiation scanners into port facilities.

“Everyone wants to know how we’re doing on scanning their containers. I personally don’t think the threat is coming through this mechanism,” Domestic Nuclear Detection Office head Vayl Oxford said during a breakfast presentation held by the National Defense University Foundation yesterday. “Giving up a nuclear device putting it in a container and letting it float around the world for a couple of weeks is probably folly. But it’s a great metric. Everybody loves to count containers,” Oxford said.

Instead, Oxford believes that his office should increase its focus on “non-port of entry venues” — especially the porous northern border, where only forty percent of land entry points are monitored in any way. “I think what you’ll see is the emergence of mobile systems that will allow us to search the location as necessary as opposed to a lot of fixed locations,” Oxford said. That approach mirrors that being taken to deal with smaller watercraft. According to Oxford, by the end of the year “all Coast Guard boarding teams will be equipped with some sort of radiation detection equipment.”

What's going on? I suspect Jay answers part of his own question in a response to a comment:

All of a sudden containers through our seaports aren’t a threat? What about all of the money that’s been spent, not just on portal detection for railways and truck transport, but for seaports here and overseas?

Without knowing the answer, my only thought is that they’re confident that the scanning of cargo at the ports of origination will eliminate or substantially reduce the threat of entry through one of the U.S. ports.

That, and perhaps an understanding by the DNPO that our enemy finds weak links to attack through and the unwatched border or use of small fishing or recreational boats under his complete control mixing in with regular weekend boating traffic might be a major problem.

Is that Bertram yacht in the picture a possible weapon system? You bet.

The Coast Guard see it, as set out here:

With thousands of boats on the waterways, the worry is the recreational boat is now a Homeland Security threat.

"Just the sheer numbers and ability to hide among recreational traffic is something that makes it difficult for me to find the threat and address it," said Admiral Thad Allen, Commandant of the U.S. Coast Guard.

A simple boat could be used as a weapon.

"Just the fuel, this has 85 gallons in this boat and that's bomb itself," said Singleton.

The head of the U.S. Coast Guard is throwing around a couple of ideas on how to keep you safe.

One would require licenses for all boaters in all states.

The other would call for transponders on recreational boats so authorities can track their location.

"Anything to improve our coast and help everybody out, we need to do it. We just have to get control over this. I think it would be a good idea," said Singleton.

Those against the licensing or the use of transponders believe the Coast Guard needs to set up a small perimeter, a safety zone, in areas of concern, so small boats can't get into certain areas.