So, another graduation. This time out in the middle of some arid hell hole where the grads don't seem to have been able to grab a quick beer with their families and friends post ceremony.

Probably the soon-to-be departed class mentioned meeting in a "better place" -which, quite frankly, looking at the choice of graduation locales might not be too tough.

Video of the pomp and circumstance here. With all that white flag waving, I thought at first it was a Harry Reid rally. In fact, given the terrain, I really wasn't sure if it wasn't Searchlight, NV in the background. Not meaning any offense to the 600 or so hardy souls who occupy Searchlight, which I'm sure is just a couple of year away from becoming the next San Diego. You know, with a little water from the rising oceans... 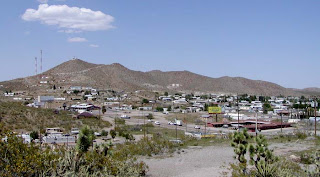 Be all that as it may, I'm pretty sure that the commencement speaker, Mansoor Dadullah, whose brother has gone bye-bye, focused his remarks on the short-term future of his graduates:

Taliban military commander Mansoor Dadullah, whose brother brother was killed by the U.S. last month, introducing and congratulating each team as they stood.

"These Americans, Canadians, British and Germans come here to Afghanistan from faraway places," Dadullah says on the tape. "Why shouldn't we go after them?"

The leader of the team assigned to attack Great Britain spoke in English.

"So let me say something about why we are going, along with my team, for a suicide attack in Britain," he said. "Whether my colleagues, companions and Muslim brothers die today or tonight, every drop of our blood will invigorate the Muslim (unintelligible)."

I have often said that an invigorated (unintelligible) is a real threat to the free world.

I suspect that Dadullah was exhorting his minions to charge off to their glorious deaths with visions of glorious extermination of innocents, though since I don't speak his language, I might be slightly off...

... Let the word go forth from this time and place, to friend and foe alike, that the torch has been passed to a new generation of Americans—born in this century, tempered by war, disciplined by a hard and bitter peace, proud of our ancient heritage—and unwilling to witness or permit the slow undoing of those human rights to which this Nation has always been committed, and to which we are committed today at home and around the world.
Let every nation know, whether it wishes us well or ill, that we shall pay any price, bear any burden, meet any hardship, support any friend, oppose any foe, in order to assure the survival and the success of liberty.
This much we pledge—and more.
***
To those new States whom we welcome to the ranks of the free, we pledge our word that one form of colonial control shall not have passed away merely to be replaced by a far more iron tyranny. We shall not always expect to find them supporting our view. But we shall always hope to find them strongly supporting their own freedom—and to remember that, in the past, those who foolishly sought power by riding the back of the tiger ended up inside.(source)

So, let this be a warning to us to keep our eyes open and our minds clear - for the enemy is out there and we need to get him first. So that he and his people may learn this about us, as the Marines say, "no better friend, no worse enemy."
Posted by Mark Tempest at 6/19/2007 11:12:00 AM