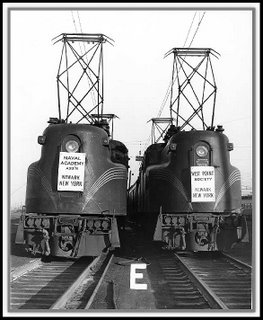 When I was a young lad growing up on Air Force bases, the Air Force officer corps was composed of both West Point alumni and Annapolis grads and various and sundry alumni of other colleges and universities or other programs. It was before the Air Force had its own Academy.

It was time when the Officers' Club was the center of the base social life for the O-corps. Dances, good dinners and libations were offered inside the often crowded clubs and, in most places, the officers' swimming pool was attached to the club. It was a time when separate clubs could be supported for the senior enlisted, the junior enlisted and the officers. Though the services were racially integrated, they were socially segregated along the rank structure. The bases themselves were often large runways surrounded by buildings tossed up during World War II. The men had come back from Korea and many had served in WWII. General LeMay was running SAC with an iron fist. The B-52 was a brand new airplane, and the B-36 was in its final days. The bases were out in the boonies. Most of us had our first television sets (and television was pretty new). Disneyland was still being built.

In those olden days, one of the major events of the year was the meeting of the Cadets and the Midshipmen on the field of friendly strife. Perhaps the biggest bash of the year was the gathering of the officers and their ladies at the club to listen to (and, later, to watch on television) the Army-Navy game. Children of a certain age were dispatched to the Base Nursery so as to keep them out from underfoot. It was a time when both teams were often national powers. Earl "Red" Blaik was Army's coach. Vince Lombardi was an Army assistant coach. Pete Dawkins was playing for Army, and the "Lonely End" Bill Carpenter might have been on the field. Navy was coached by Eddie Erdelatz and was probably headed to the Oyster Bowl in Norfolk on Jan 1. Navy's teams seemed to toil in anonymity, but they had winning records. The game that mattered, of course, was the reason for the party. At the clubs the former Black Knights and Middies would gather together and suffer together through the game, assisted by others who had decided to choose sides for the game. It was a time of good friends having a little fun together before they went out to fly in freedom's defense as members of one united team.

In that tradition, though not an Academy grad, I choose a side: