US Navy Littoral Combat Ship gets a container handler from Australia 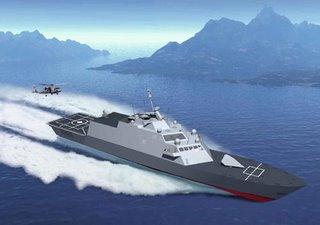 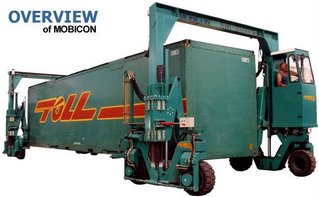 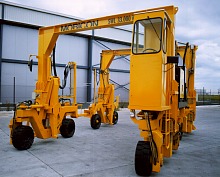 The innovative Australian designed Mobicon container handler will be heading to the U.S. as a part of a contract to Bath Iron Works, a General Dynamics company, for the new United States Navy’s Littoral Combat Ship project.

The Littoral Combat Ship (LCS) is a high speed 127 metre aluminum trimaran that will provide the U.S Navy with multi-mission capability and superior aviation operations. It is the first of a new family of surface ships for the U.S Navy, and is a key element in the Navy’s plan to address the threats posed by asymmetric warfare.

According to Mr Tom Schults, Managing Director of Mobicon Systems the Mobicon was awarded the contract by Bath Iron Works (BIW) as it was deemed the only container handler in the world that was light and versatile enough for the U.S. Navy’s Littoral Combat Ship.

According to Schults, one of the benefits of the Mobicon for the new Navy Littoral Combat Ship is that its low wheel loads, stability, and maneuverability are especially useful when working with container payloads on the deck of the mission bay import and at sea.

“The Mobicon has extremely low axle loadings; in fact the lowest in the world and this is crucial for handling on the decks of ships. The LCS project is a very exciting opportunity for my company and we look forward to working with Bath Iron Works and the U.S Navy,” he says.

More info on Mobicon here. Photos of container mover from that site.

This might be get interesting at sea in heavy weather.