If you click on the icon below, you shouild get linked to a page where you can vote for the Best of the Top 3501-5000 Blogs (which were nominated).

There are some fine nominees in the category, representing the spectrum of left to right, etc. There are two "milbloggers" (military bloggers) nominated. One of which is this humble establishment and the other of which is CDR Salamander.

As you might gather, both of us do or have done the "Navy thing" - the Commander being still on active duty and thus is undoubtedly a hard-charging, go-getter wearing the uniform in his daily pursuit of excellence and confrontation with the paperwork generators from above of which the Navy seems to have more than its fair share.

Salamander's hobbies seem to include libel per se as seen here. He has struggled mightily to overcome his Naval Academy education.

And, for the record, I was not in Subic in 1978 (it was years before that and even then I only went to various chapels on base- the chapels "Chuckwagon," "Main Club," and "Cubi Point" come to mind as places of special devotion, though there was also worship of sorts at the "Golf Course 19th Hole").

I do have some recollection of seeing the pictured squirrel on a visit to the Naval Academy - probably while I was enroute to a meeting of the "Anti-Josephus Daniels League" - oddly enough about the same year the CDR was supposed to have graduated... 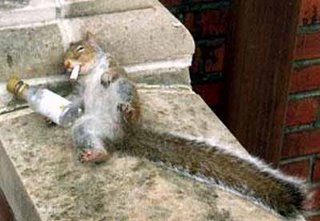 As for my interest in pirates, well, don't ask, don't tell.

I am, as noted on the side, but a simple retired reserve officer with a retained interest in things nautical.

Now, in the Best Weblog competition, CDR Salamander is either leading the pack or running neck and neck with a couple of other entrants for the top honor and I am trying to catch "Geeky Mom."

We both need your votes. The rub being, of course, that you can only vote one time per day per computer.

If my preferences be known, I would prefer that the winner be a Navy blogger.
If three hundred of you would suddenly decide to vote for me, I could rise like cream to the top...on the other hand, Salamander is already way up there...

So, if you like the Underdog, vote for me. 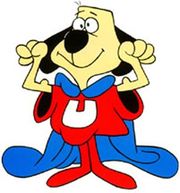