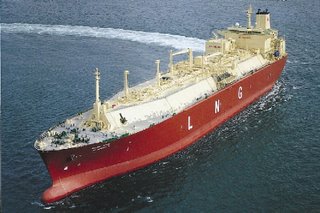 There's been some ado about a proposed Liquified Natural Gas site near Baltimore, like this 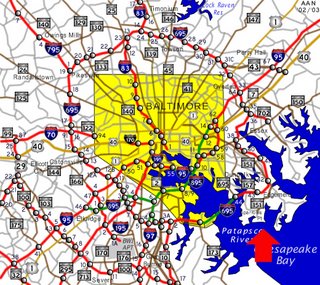 A spokesman for AES, the companyy who wants to develop Sparrows Point, Maryland for LNG purposes answers some questions here:

Since January, Virginia-based AES Sparrows Point has been preparing a proposal for a 60-acre, $400 million liquefied natural gas plant to be constructed on the site of the former Sparrows Point Shipyard.
***
Q: How did AES come to choose the Sparrows Point site?

A: We looked at areas of need. There’s a lot of demand for [LNG] in the mid-Atlantic region. Then we looked for a remote site, a place which has a mile radius around the ships and away from a residential area. The Chesapeake allows us a mile away from any ships coming up the bay.
***
Q: How about a terrorist attack? Would the ships explode if punctured or hit with a bomb?

A: This is a legitimate question. It has been wrongly reported [in the video [The Risks and Danger of LNG] that an LNG tanker will explode if impacted. This is false. The tankers are double-hulled. During the Iran-Iraq war [which lasted from September 1980 to August 1988], an Iraqi LNG tanker was hit by an Iranian bomb. The ship did not explode. Only one hull was [breached]. LNG will only explode if the vapors are ignited. You’ll notice that the [LNG Opposition Team] never says “LNG will explode.” They say that an “LNG explosion has the force of several atomic bombs” or something like that. I’ll guarantee that no ship will explode in the harbor.”
***
Q: How do you feel about the Baltimore County law stating that an LNG plant must be constructed no less than five miles from any residential area?

A: [On Sept. 22] we filed a lawsuit in [U.S. District Court] against the law. It’s unfair.
***
Q: Will the construction of the plant bring anything to the local economy?

A: We’ve estimated that direct and indirect impacts during construction [would put] $216 million into the local economy. Impacts during each year the facility is operating would be [about] $48 million. We’re good neighbors, we just need the chance to prove it. 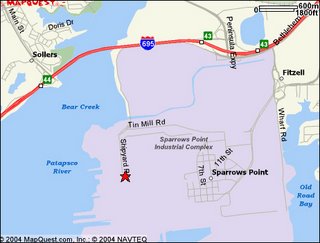