The Illusion of Wisdom 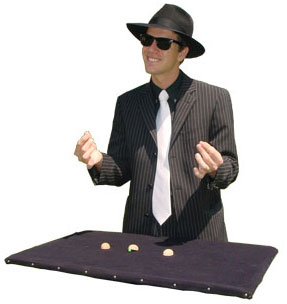 A couple of days ago I started in on a post about the impact that the "Mediation Generation" was having on our outlook toward conflict. As a trained mediator, I am sometimes amazed that there are people out there who believe that every conflict can be resolved without resort to force (even the threat or use of force through a court decision).

What is mediation? Well, an adequate defintion is found here:

Virtually everyone who has studied negotiation and mediation strategy during the last 20 years has been exposed to Getting to YES: Negotiating Agreement Without Giving In, the widely acclaimed book by Roger Fisher and William Ury of the Harvard Negotiation Project. Getting to YES, along with similar works by those authors and others, helped set the tone for the mediation generation. The book’s central theme is that positional (distributive) bargaining, is a “zero-sum” game in which one party can only gain at the expense of the other, i.e., “one for me is one less for you.” The better approach for negotiators, mediators, and dispute resolution facilitators, Ury and Fisher contend, is interest-based (integrative) bargaining, with the goal of achieving wise outcomes and “win-win” solutions. They stress the role of “principled negotiation” in this process. Other well-known management and ADR experts, such as Seven Habits of Highly Successful People author Steven Covey express similar views.

A shallow understanding of mediation dwells on the "win-win" possibilities. That conditions exist that militate against resolution by mediation are well known to experienced mediators. See here:

There are other problems and limits to mediation. Some disputes are not amenable to mediation. "One cannot negotiate everything. Deeply cherished beliefs and values are simply not negotiable... Either we believe in God, capital punishment, and a woman's right to have an abortion or we do not. These views may change, but they are not negotiable" (Rubin, 135-6). Some disputants are unwilling or unable to employ mediation to resolve their conflict (e.g., the ideologically committed, the mentally ill, substance abusers).

Sometimes it seems to me that the negotiations become an end to themselves and the best interests of the parties involved give way to the desire to "make a deal" instead of seeing that a problem cannot be resolved by, say, giving away Czechoslovakia or attempting to "co-opt" your opponents into becoming part of the solution. As the Rubin quote notes, belief in God is non-negotiable. Not that some won't attempt it - "How about losing one of those Commandments? I mean who needs "Thou shalt not covet?"

As an old military saying puts it ever so delicately in describing the "means/ends? confusion, "When you are up to ass in alligators, it's hard to remember that your goal was to drain the swamp."

And also involves the fantasy that all things can be resolved. This is well set out in a piece that Gina Cobb points to by David Limbaugh

The lynchpin of the ISGR is its recommendation for a "New Diplomatic Offensive." That pivotal recommendation -- No. 1 on a list of 79 -- appears to rely on several highly dubious assumptions.

One -- as many have noted -- is that Iran and Syria perceive a stable Iraq to be in their respective national interests. Another is that resolution of the Israeli-Palestinian issue would disincentivize Islamic terrorists and their sponsoring states from pursuing global jihad. Another is that all global conflicts can be resolved diplomatically.

Could Hitler's or the Soviet's thirsts for world domination have been resolved diplomatically? Shouldn't we recognize that certain regimes, ideologies and radical theologies have no interest in diplomacy other than as a diversion to lull their enemies into concessions or a false sense of security?
***
Wouldn't it be more realistic, sane and in the best interests of the United States for our foreign policy to be conducted from the perspective that evil exists in the world and that it must be confronted, rather than wished away or mollified? Wouldn't that be a more responsible approach, given the lessons of history that are readily available to all but the willfully ignorant?

Or, recognizing that some problems need to be fought out and will never be resolved through talk.

The wise old folks of the ISG offer up the illusion of wisdom, but like all illusions it is based on misdirection and a too willing suspension of disbelief.
Posted by Mark Tempest at 12/14/2006 10:03:00 AM