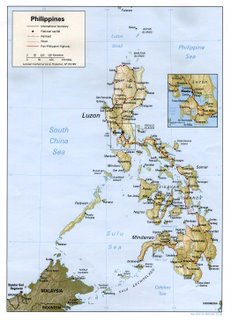 ust when piracy seemed to be all about CDs, VCDs and DVDs, Samar police seize two (2) sea pirates in Brgy. Labangbaybay, Tagapul-an town.

The suspects, according to operatives, were caught taking engines off boats in the waters of Catbalogan. A joint team of Tagapul-an Police and Provincial PNP collared the suspects committing the crime.