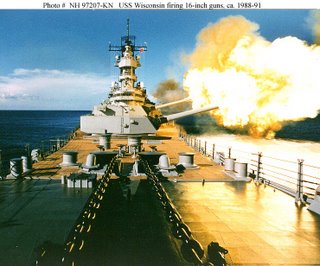 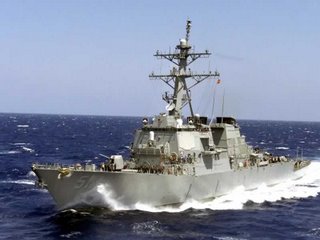 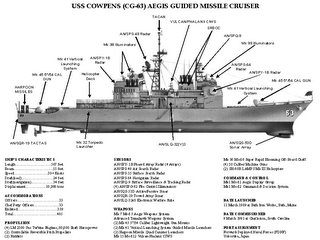 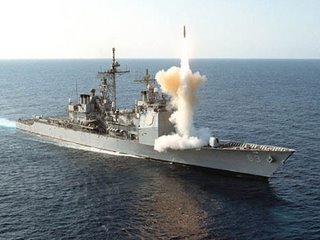 A suggestion that a sea quarantine of the People' Republic of North Korea might be enhanced with a couple of battleships found here:

Although China's cooperation allows us to place carrier battle groups in the Sea of Japan and also the Yellow Sea's restricted waters without having to watch our backs, threats elsewhere make it less than prudent to lock carriers into this mission any longer than necessary. And, interestingly, these developments may provide added impetus to calls that the last two remaining battleships be reactivated.

There are arguments both for and against the use of battleships (only two remain, the USS Iowa and USS Wisconsin) as more than simply museums. They are very firmly held by both proponents and detractors of the warships' effectiveness and viability, have been endlessly rehashed and, in specific contexts, both sides have made good sense...
***
As for arguments that the battleships are exceptionally manpower intensive, former Navy secretary John Lehman maintains: "We manned them in the 1980s with about 1,400 officers and men. By manning only two of the four engine rooms," says Lehman, "they still make 24 knots and save several hundred crew. With other sensible reductions made possible by newer technology they could be manned with fewer than 800." And, he adds, "At whatever manning, there simply is no substitute."

If a quarantine is established, reactivating the battleships would not only free-up carrier decks --- and strategic options --- years before the DDG-1000 and CG(X) become available, but would be seen in Asia and around the world as a clear visible statement of both restraint and a firm determination that the US will not allow the spread of nuclear weapons to rogue states and terrorist entities.

I guess the multibillion dollar collection of cruisers and destroyers, filled with missiles doesn't do the job for Mr. Diangreco, though I am at a loss to see why they can't do the job, especially accompanied by the same level of support offered up in the article- including "an air element operating from an amphibious assault ship." In addition, Japan and South Korea are both pretty close to the scene and I wonder why they cannot be used as staging areas for a support force of a blockade.

In other words, while there is much to be appreciated about the battleships, their day is done. Gearing up the logistics train needed to support their operations would take money from other programs for what, in my view, is not all that much in the way of a useful asset.
Posted by Mark Tempest at 12/26/2006 08:04:00 AM